The Wise and Foolish Builders

Through the worship service we hear the voices of the Vanuatu women, whom invite us to focus on the Bible story in Matthew 7:24-27. Jesus tells a story about the kingdom of heaven using the image of a house and the land on which the house is built. Choosing the land on which to build the house is an important decision for people in Vanuatu. The combination of considering the terrain and the climate is crucial in a tropical archipelago located in the South Pacific Ocean prone to earthquakes, cyclones, volcanic eruptions and rising sea levels. ​On April 6th, 2020, Vanuatu was hit by Cyclone Harold, which had made its way across the Pacific destroying many islands in its wake.

Vanuatu’s susceptibility to cyclones is highlighted in the painting chosen to represent WDP 2021, titled “Cyclone Pam II: 13th of March, 2015”. It shows a mother bending and praying over her child. The waves crash over her but a palm tree bends protectively over them. The woman’s skirt is modeled after the traditional clothing on Erromango. On the horizon you can see small crosses representing the lives taken by cyclone Pam in 2015.

The artist, Juliette Pita, born in 1964 on Erromango Island, is currently the most well-known artist in Vanuatu. Her talent was discovered early on. At school she was always the best in art classes. She was the first woman to graduate from the Institut National de Technologie du Vanuatu (INTV). Juliette never imagined making money from her art but she believed God had plans for her. She gives all the money she earns to anyone who needs help. 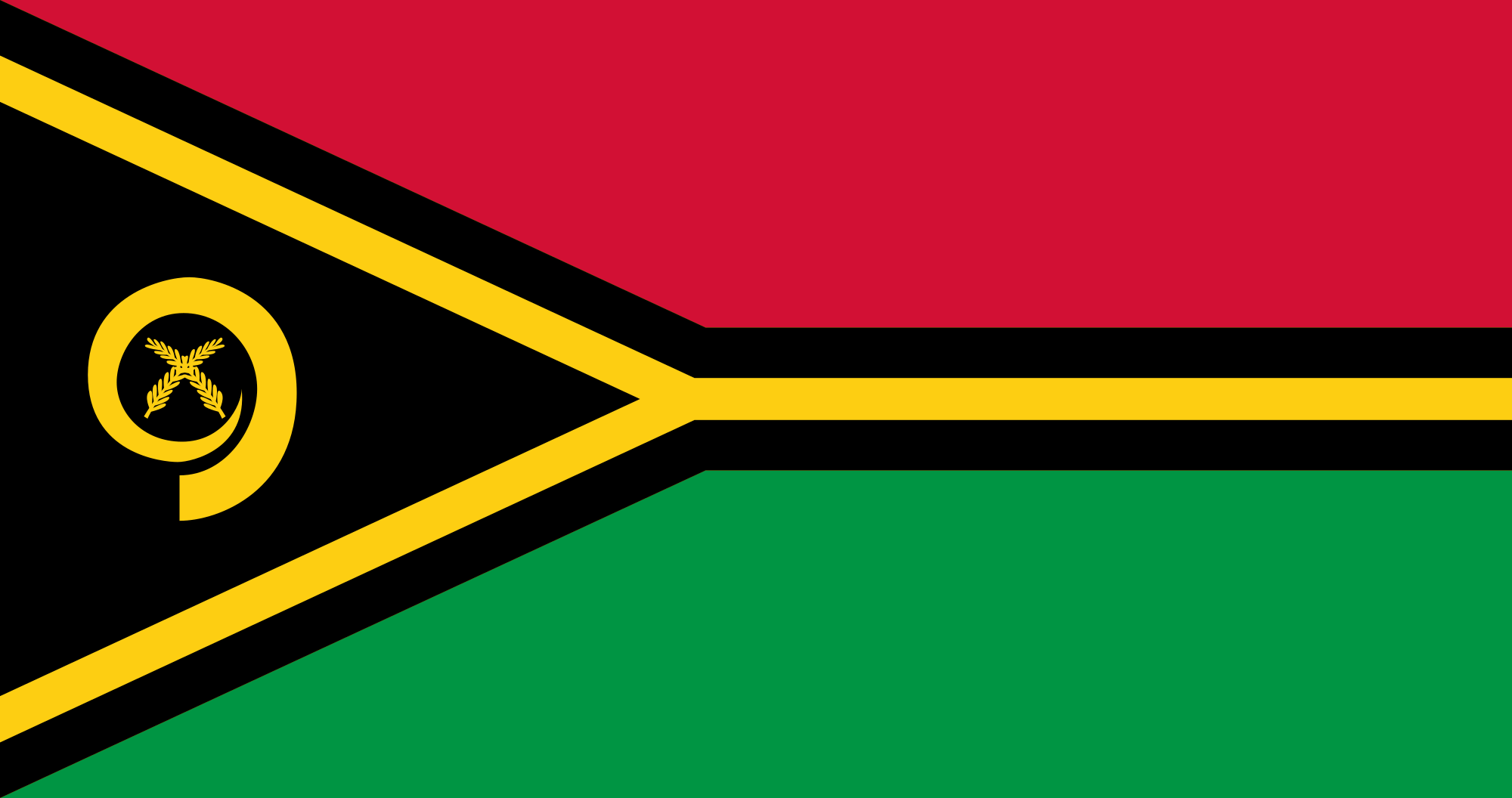 The flag is comprised of the color red to signify the blood lost in gaining independence, yellow to signify Christianity, green to signify land, a Y shape to represent the islands, a pigs tusk which is the customary symbol of honor, and a namele palm leaf which is a chiefly symbol representing peace between people.